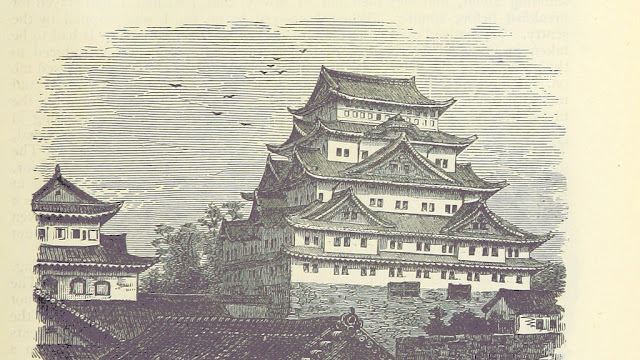 The question of what is acupuncture? is easy to answer.


Acupuncture is a method of encouraging the body to promote natural healing and to improve functioning. This is done by inserting needles and applying heat or electrical stimulation at very precise acupuncture points. 1

Acupuncture has been used for over 2000 years in Asian countries like China, Japan, Korea, and others. It is a part of a system of primary health care that focuses on nourishing health instead of just eliminating symptoms.

The next logical question is Why is acupuncture? or "Why would someone want to receive acupuncture?" The most direct answer is because it works! In 1997 the National Institutes of Health (NIH) released a consensus statement regarding acupuncture. They stated clearly:


The data in support of acupuncture are as strong as those for many accepted Western medical therapies. 2

Since 1997 more research has been done, and the literature has been reviewed by the World Health Organization (WHO). The WHO released a report that listed the following:


Diseases, symptoms or conditions for which acupuncture has been proved through controlled trials to be an effective treatment:3

There are many other conditions that respond very well to acupuncture, but for which the research simply has not caught up yet. As the 1997 NIH report notes, this is the same for accepted western medical interventions as well 2.
One primary reason to try acupuncture first is safety. In the same WHO report, they concluded that:


acupuncture treatment is safe if it is performed properly by a well-trained practitioner. Unlike many drugs, it is non-toxic, and adverse reactions are minimal. This is probably one of the chief reasons why acupuncture is so popular in the treatment of chronic pain 3

The most important reason to get acupuncture is to nourish your health by preventing disease and improving the function of all aspects of your being. While modern medicine starts to make strides in "preventative care", the doctors who practiced acupuncture thousands of years ago already knew the best way to treat disease was to prevent it.


In the old days the sages treated disease by preventing illness before it began, just as a good government or emperor was able to take the necessary steps to avert war. Treating an illness after it has begun is like suppressing revolt after it has broken out. If someone digs a well when thirsty, or forges weapons after becoming engaged in battle, one cannot help but ask: Are not these actions too late? 4

Regular acupuncture treatments can nip small problems in the bud so that they do not take root, fester, and become major illnesses. It can also gradually nourish health and improve the function of your body so that you achieve and maintain phenomenal health!

How does Acupuncture Work?

Endorphins are a specific type of chemical in the brain and central nervous system (CNS). The are part of a larger group of chemicals known as neurotransmitters. 5 Neurotransmitters are chemicals that allow neurons, individual cells in the CNS, to communicate with one another. There are many different kinds of neurotransmitters and their interactions with neurons are very complex.
Endorphins are similar in structure to drugs like morphine, and bind to the same receptors in the CNS. Drugs like morphine, called opiates, were discovered before the existence of endorphins. Thus, the receptors are called "opiate receptors." When endorphins are released they have a similar pain killing effect to opiate drugs. Since they are naturally produced by the body, they are much safer than external drugs like morphine or codeine. The body has feedback loops and regulation systems that prevent endorphins from causing the side effects seen with opiate drugs.
It is very clear that acupuncture stimulates and regulates the release of endorphins in the CNS.


we have more evidence in favor of the acupuncture-endorphin hypothesis than we have for 95% of conventional medicine. 6


A sheet of fibrous tissue that envelops the body beneath the skin; it also encloses muscles and groups of muscles and separates their several layers or groups. 7

Fascial is more electrically conductive than the surrounding tissue. This is because it is made up, mostly, of collagen. Collagen has electrical properties that help maintain our bodies structure. Further, stimulation of this connective tissue can cause electrical signals to be sent along the bands of fascia to other parts of the body 8. In fact a 2002 study found that:


80% correspondence between the sites of acupuncture points and the location of intermuscular or intramuscular connective tissue planes in postmortem tissue sections. 9

This helps explain why acupuncture can affect pain in areas of the body distant from where the needle is inserted. In acupuncture we call these "distal points" or "distal needling" and it is often times more effective than needling into the site of the pain. If meridians follow facial planes in the body, then using meridian therapy, one system of acupuncture, for pain is effective treatment with an understood mechanism.

Both the acupuncture endorphin theory and the overlap of facial planes and acupuncture meridians focus on the treatment of pain. While this is the most common area of research, it is not the only condition effectively treated by acupuncture. Looking at the WHO list above, we see conditions like leukopenia and correction of mallposition of fetus. How can we begin to explain these results?
Functional MRI measures brain activity by assessing the blood flow in different parts of the brain. The technique is only a few decades old, but it has provided remarkable insight into acupuncture's effects on the brain. Acupuncture stimulates the limbic system in the brain. The Limbic system controls basic emotions. Thus, this could account for acupuncture's ability to treat depression and other psychological issues 11


the human brain is highly self-organized with regional networks to interconnect and interact. The increasing connectomics studies not only give us a better understanding of the human brain but also make a new approach of revealing the mechanism underlying acupuncture. 12.


not as lines on an inert map of the body but as living bio-energetic nodes in the body, so primal and deep that it should be little surprise that we are only now re-discovering them with biomedical science 9.

No one of the above explanations, yet, explains all the effects of acupuncture that we see in clinic everyday. Each mechanism is part of the whole picture showing how acupuncture works When examined together, several things are clear:

Acupuncture is safe and effective for the treatment of many conditions. Modern science and medicine is able to demonstrate several mechanisms by which acupuncture affects the human body to promote healing. There is a lot that we still don't know about how acupuncture works. As we move into the future of medicine and health, traditional therapies like acupuncture and herbalism will play an increasingly larger part in not only treating disease but nourishing health. Instead of eschewing modern science and technological advances, the science of acupuncture has embraced increasingly safer and more effective tools to effect phenomenal health.

Popular posts from this blog

I hope your past year was productive, insightful, and wonderful. For many, including myself, 2019 was a bit of a rough road. I am glad that it is over and I wouldn't wish to repeat it, but I am also glad it happened because I learned a lot. Among the changes for 2020, I will most likely be spending more time down at Luna Circle Wellness working in the community acupuncture clinic there. In order to kick off the new year right, Jan 1st I will be taking walk in patients and appointments from 10am to 11am. We are also having a last minute new year special acudetox treatment for $20

Acudetox is a protocol that uses 5 needles in each ear, 10 total needles, and is good for stress, anxiety, and for quitting bad habits that no longer serve you. For the past 3 and a half years I have been a certified acupuncture detoxification specialist supervisor overseeing CADS who provide this treatment in addiction/harm-reduction spaces and I know it is a wonderful and low cost / low pressure treatme…
Post a Comment
Read more

There are two things that are important to keep in mind when going to an acupuncturist for treatment
Acupuncturists are medical providers, similar to nurse practitioners and other physicians. Acupuncturists do more than acupuncture, they practice a complete system of integrated medicine to nourish health. In New Mexico and several other states they are primary care providers Acupuncturists are more than acupuncture! They are physicians that have undergone over 2500h of graduate level education in integrated medicine. Acupuncture is rooted in traditional wisdom of how humans interact with the rest of nature and our bodies place in the larger ecosystem. It is a medicine that focus on nourishing health over fighting disease or just controlling symptoms of illness. Even though acupuncture is a traditional treatment method, modern acupuncturists are trained and well versed in modern science and biomedicine. The Accreditation Commission for Acupuncture and Oriental Medicine (ACAOM) requires…
Post a Comment
Read more

Bao He Wan / Preserve Harmony PillCrataegi Fructus / Shan Zha 180gMassa medieata fermentata / Shen Qu 60gPinelliae Rhizoma (preparatum) / Zhi Ban Xia 90gPoria / Fu Ling 90gCitri reticulatae Pericarpium / Chen Pi 30gForsynthiae Fructus / Lian Qiao 30gRaphani Semen / Lai Fu Zi 30gPreparation Grind the herbs in to powder and then take with warm water, or can be decocted in hot water; if decocted use one tenth the amount each time.Even though this formula comes towards the back of modern formula textbooks, it is often one of the first prescriptions an aspiring physician learns. The typical scenario is that a Chinese medicine student eats too much at a party or celebration the day/night before. In the morning, after complaining of a stomach ache, their teacher will give them this formula and then use the 'teachable moment' to discuss the herbs in the formula. The primary action of this formula is Promoting digestion and regulating the Stomach. The typical presentation of this syndr…
Post a Comment
Read more

Steven M.
I am an acupuncturist in Albuquerque NM. The focus of my practice is on assisting people to have phenomenal health, rather than treating disease and symptoms. I worked at a summer camp in the Jemez mountains of New Mexico for close to a decade. I am still involved in the camp and have a passion both for the outdoors and using outdoor education to enhance youth development. I have a minor in computer science and programing, cryptography, and number theory are some of my other hobbies.